Conflict Management: 3 Tips for Keeping Your Cool During Conflict

If you’re good at managing conflicts, you have a competitive edge for influence, team building, trust, and promotability over others who aren’t.

According to Korn Ferry International, the ability to manage conflict is a skill that’s among the hardest to find and hardest to develop. Conflict management relies on high levels of nearly every emotional intelligence skill; from self-awareness and self-control to empathy, problem solving, impulse control, and the ability to inspire, influence, and balance the needs of stakeholders who are at odds with each other. 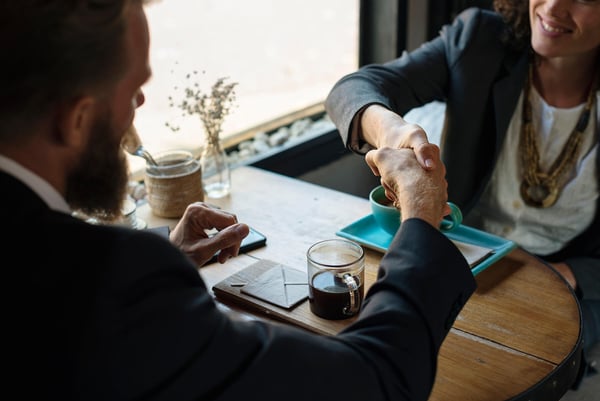 Nearly every organization needs to have at least one person that people can rely on to smooth over ruffled feathers, de-escalate when tempers boil over, and generally be the go-to person when others need help resolving their differences. If that person is you, you become a valued team member who is difficult to replace.

So, if managing conflict is uncommon, becoming more important but is really hard to get good at, where do you start if you want to develop this rare and valuable skill?

You can start by implementing the first rule of emotional intelligence: control yourself first. In a typical situation where there are multiple sides vying for influence, power, and attention, the person who can maintain calm in the storm has an advantage. 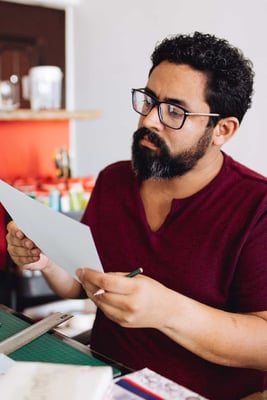 To gain mastery over yourself, even when things get heated, try accepting these three things about yourself:

1. Accept that you will make mistakes

2. Accept that your intentions are complex

Even opposite feelings can co-exist. For example, you can love your job and hate getting up in the morning. When conflicts arise, look inward to see if you have more than one intention. Consider whether you are giving confusing signals about what’s important. Recognize that other people’s confusing signals may arise from inner conflict too.

3. Accept that you have contributed to the problem

This is often the hardest part. Very few people go to work intent on creating problems. Problems arise even when everyone is trying their best. Sometimes trying too hard to be the best is actually the root cause of conflict. If you have been judgmental rather than empathetically seeking understanding, if you have talked down to others because you feel your position is justified or somehow superior, if you have kept silent when your perspective would have been valuable—you have contributed to the problem. Consider building a spreadsheet and laying out what the principle people in the conflict have said, including yourself, and map out contributions. From there, you can begin to understand the origins of the conflict and begin to find ways to resolve it.

But you don’t have to do it yourself! If you’re curious about your emotional intelligence (EI) abilities, get a coach to assess you. Once you have an EI profile, you’ll uncover your strongest emotional intelligence skills and be able to create a customized plan to improve in areas where you will get the most value.

It takes time and effort to build conflict management skills, but you’ll stand out among peers if you do.

Lisa Foster is an Executive Coach specializing in leadership development, emotional intelligence, and communications. For 15 years, she taught verbal analysis, argumentation, and persuasion at USC and Harvard-Westlake School in Los Angeles. Trained to identify skill gaps and build on people’s strengths to create more success, she coaches clients looking for more influence, control, and advancement in their careers within large and small organizations. She also develops plans for individual talent development and corporation talent management using evidence-based tools that have proven to increase success.

We use cookies on our website to give you the most relevant experience by remembering your preferences and repeat visits. By clicking “Accept”, you consent to the use of ALL the cookies. Do not sell my personal information.
Cookie SettingsAccept
Manage consent

This website uses cookies to improve your experience while you navigate through the website. Out of these, the cookies that are categorized as necessary are stored on your browser as they are essential for the working of basic functionalities of the website. We also use third-party cookies that help us analyze and understand how you use this website. These cookies will be stored in your browser only with your consent. You also have the option to opt-out of these cookies. But opting out of some of these cookies may affect your browsing experience.
Necessary Always Enabled
Necessary cookies are absolutely essential for the website to function properly. These cookies ensure basic functionalities and security features of the website, anonymously.
Functional
Functional cookies help to perform certain functionalities like sharing the content of the website on social media platforms, collect feedbacks, and other third-party features.
Performance
Performance cookies are used to understand and analyze the key performance indexes of the website which helps in delivering a better user experience for the visitors.
Analytics
Analytical cookies are used to understand how visitors interact with the website. These cookies help provide information on metrics the number of visitors, bounce rate, traffic source, etc.
Advertisement
Advertisement cookies are used to provide visitors with relevant ads and marketing campaigns. These cookies track visitors across websites and collect information to provide customized ads.
Others
Other uncategorized cookies are those that are being analyzed and have not been classified into a category as yet.
Save & Accept
Powered by